UCC was formed in 1929 as the Senior Common Room, when the University was much smaller and occupied the town site. With the move out to Ilam, and the increase in staff numbers, it became clear that some suitable premises were required for UCC at Ilam.

With the generous support of the University Council and the University Grants Committee, the old Ilam Homestead was made available for this purpose. After considerable reconstruction the Homestead was opened for the use of members in March of 1971. In 1979, the 50th anniversary of the club, a small booklet was written covering the history to date. It included interesting snippets from the minutes and a list of all committee members during those years.

UCC is fortunate to occupy such attractive premises set in magnificent grounds. It is hoped that all members of staff will support UCC and take advantage of the excellent facilities provided to encourage social contact amongst members.

Ilam is named for Ilam Hall in Staffordshire, England, the birthplace of John Watts-Russell (1826-1875). Ilam is Saxon for 'at the hills'. Watts-Russell came to Canterbury in 1850 on the Sir George Seymour, one of the first four immigrant ships of the Canterbury Association. A wealthy man, he purchased 500 acres at Riccarton for three pounds per acre. He named it Ilam and built a sod hut.

In 1858 Watts-Russell returned from a visit to Britain with 20,000 bricks, which he used to build the lower storey of a two storey house which would eventually become the Homestead. Watts-Russell sold Ilam in 1866 and is buried in the Upper Riccarton Church graveyard. Later owners of Ilam included Leonard Harper, "Ready-money" Robinson, Patrick Campbell and G D Greenwood.

Ilam Homestead burnt down in 1910 and was rebuilt by Edgar Stead, a distinguished ornithologist. He established the wonderful azalea and rhododendron gardens. When he sold Ilam to Canterbury College in 1950 he requested that the gardens be maintained in perpetuity. Ilam Homestead became the home of the Rector (nowadays Vice-Chancellor) of Canterbury College.

The Ilam Homestead has been extensively restored after its earthquake damage and the University of Canterbury Club are delighted to once again have use of this wonderful building.

In 1954, the Rector's daughter, Juliet Hulme, and another pupil at Christchurch Girl's High School, Pauline Parker, bludgeoned to death Pauline's mother while on a picnic at Victoria Park on the Port Hills.

In 1994, Peter Jackson (who went on to bring the New Zealand film industry into the global spotlight with the Lord of the Rings trilogy) made the film Heavenly Creatures, which is based on the brutal events of 1954. The film had a budget of US$5 million dollars and starred a young Kate Winslet as Juliet and Melanie Lynskey as Pauline.

Many scenes for the film were shot in the Ilam Homestead and its grounds. The north lounge (colloquially known as the Swettenham Lounge after the long serving club manager, Charles Swettenham) was decorated as a family living room and the bar lounge as a dining room. 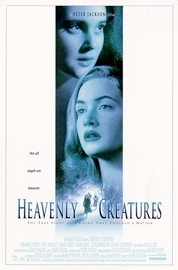